The headline above is of course a quote from ANIMAL FARM, by George Orwell. Its one of a half-dozen books I bought the other day to read or just add to my library, somehow having lost my copies from high school and college.

These are strange times we live in and when things get weird and you want to know what might happen next, there is no better idea than to pick up a novel. It’s often said that truth is stranger than fiction. But what about when life imitates fiction?

The fact is, writers are astute students of human nature and they see the glimmerings of things long before others do and often put pen to paper (or fingers to keyboard) to try to figure how people will react.

Writers have contemplated just about every kind of authoritarian and fascist ending for our country and the world, many of which have come true in one form or another. Since Trump became President there has been a run on sales of dystopian novels like 1984 and Animal Farm.

Here are links to a few of the interesting stories:

The Magic Mountain by Thomas Mann

The Handmaid’s Tale by Margaret Atwood

Dead After Dark by Sherrilyn Kenyon and J. R. Ward

Lessons From the East by Bob Roberts

The Manchurian Candidate by Richard Condon

The Candidate directed by Michael Ritchie and written by Jeremy Larner 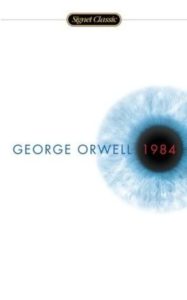 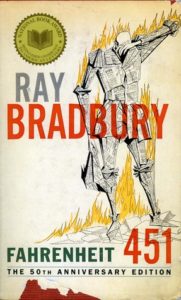