Between the Lines: Cecelia Holland

After a bit of a hiatus, SF in SF reappeared at the exquisite Book Club of California on Sutter Street. I was in the mood to get my SF on, so I went over to listen to the inexhaustible Kim Stanley Robinson, author of 2312 the Red Mars series and Cecelia Holland, an equally prolific speculative fiction writer. I’ll fess up right now and say that I’d never read anything by either before settling myself into a chair to listen, so I had no idea what to expect. My eyes closed like the rest of the audience – the better to see your story, my dear –Cecelia’s gripping excerpt about a cunning dragon stole my heart.

I found the excerpt from her newest novel mesmerizing. She really knows how to spin a tale, and for those of you who were there that evening you will recognize that I am letting you in on an inside joke about the central premise of the story. I promptly went home and began to read – now engrossed in The Soul Thief.  Holland’s ability to create scenes and characters from every nook and corner of the world is breathtaking.

And now, she has dipped her toe more fully into fantasy with DRAGON HEART, her newest book which will be available in September 2015. She was kind enough to chat with me about that and other topics as a guest of Between the Lines.

When I was about 12 I read a story of Geoffrey household’s called “the spanish cave” in which a boy finds a sea-faring dinosaur in a cave on the asturian coast. The story has always stayed with me, and when Gardner Dozois asked me to write a dragon story I turned the dinosaur into a dragon. The story has almost nothing to do with the original household story, except there are some weirdly common scenes. What happened as I wrote it was the idea of telling stories (as she tells stories to the dragon) to shape the world, and then the whole book arose out of that.

I’m just a writer. I don’t think the idea of genres is useful.  I do a lot of different things and I don’t like repeating myself.

I’m glad it’s the tale end and not a tail end. The entire publishing business has changed almost from the ground up. when I started, publishers used their big sellers to fund the midlist, and published books they liked. Now publishers only like books that will make a lot of money (they think). And now the internet gives any writer a way to publish at no cost, in 5 minutes.

It’s coming from Tor next fall, there will likely be a hardcover, a paperback and an ebook.

The first one that’s any good.

I like now, for 3 good reasons: fleas, lice and intestinal parasites. Almost every previous time abounded in them.

GRRM is a great editor. In many ways the conversion of the original story into DRAGON HEART uses things I picked up from him—the names all sound like “normal” names, not outlandish concoctions, so the reader grasps them easily; the intense elemental conflict at the center of the plot to ground a personal struggle in something cosmic. I like the way he deals with his 100’s of characters. I didn’t do that, but I admire it nonetheless.

SF in SF is a great program, Rina and Terry and Jason all deserve huge credit for that, and for surviving the collapse of the previous venue: the big turnout was a real tribute to them. Speculative fiction is very popular now because all the boundaries  have gotten vague, in life, in art and in the imagination. The world and the culture are wide open right now, and all sorts of powerful forces are flooding through.

Take a look at some of Cecelia’s other work and find her complete works on Goodreads. 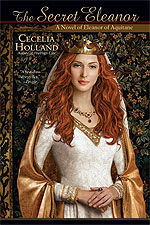 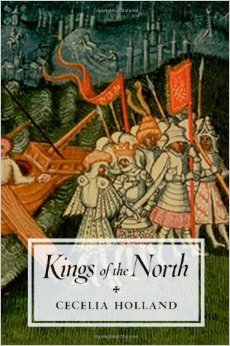 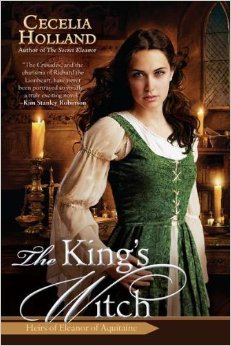