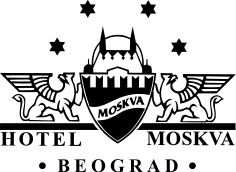 Years ago when I visited Hungary, I stood gazing across the Danube River on the “Buda” side of Budapest from a spot where Hitler once ordered the deportation of Jews to concentration camps.

I didn’t make the connection until I toured a Jewish temple several days later and saw a photo of Budapest’s Mayor welcoming Hitler – displayed on a wall in their small museum. I often revisit the moment when I stepped foot onto the very place where Hitler signed the order to have thousands of people – possibly distant relatives- exterminated, and I ordered a cocktail. It was a bar after all, or at least it was when I visited in 2002.

Later, making my way through charming tourist villages, I came across countless plaques commemorating villages once full of hundreds of Jews. But that was the history of that place before World War Two, before the Nazis tore those men, women and children from their homes and ultimately saw their ashes scattered across the fields of Europe. It is one of the great absurdities of traveling through the region. Everywhere you walk, the dead of many wars, both great and feudal, are beneath your feet.

The truth is, you can never quite reconcile that information. At least I couldn’t and I think that is how Josef was born. Who’s ever heard of a Jewish Vampire? I hadn’t, but he came to be nevertheless. He arrived in my imagination, a product of that murderous chaos, a member of the resistance killed by the Germans and saved by a vampire who gives him immortality.

For Josef, the time he’s gained on our planet as an immortal being is marred by memories of betrayal and loss. He’s lost his faith in God, having watched his family wiped off the face of the earth. Here’s how the scene plays out in the book. Josef and Olivia are having drinks inside the Hotel Moscow, in Belgrade, trying to escape the cold.

“Who were those people?” I asked again. “Did you know them?”

“‘And thou shalt write them upon the door-posts of thy house, and upon thy gates,’” Josef said. “Do you know what that’s from?”

“The Old Testament?” I guessed.

“It’s a commandment from God to follow his teachings and place a mezuzah—a small talisman with a tiny paper prayer scroll inside— on the door of your home,” Josef said. “We had an old wooden mezuzah on the door of my home in Prague, where I lived with my wife and daughter. The first thing the Nazis did when they came looking for me was to rip it from the wall. They collected them, you see. Along with other artifacts.”

“Where were your wife and daughter when they came?”

“They’d already left for the country,” he said. “I’d sent them there to be safe.”

Josef downed his vodka and poured another, drinking that, too. “No. The Nazis killed everyone in the village, to punish those in the Resistance. An informer, you see, told them the town was full of sympathizers. They shot them all, every last man, woman, and child, and then burned their homes. My wife and her entire family perished. I never saw them again.”

“That woman and her daughter, tonight . . . did they remind you?”

“This part of the world is drenched in blood. You can’t help but remember,” he said.

“So you’re a Jewish vampire,” I said. “I can’t recall ever meeting one before.”

Josef laughed. “You’d never met any vampires until a few months ago,” he said.

Because circumstances send Josef back to Eastern Europe – to the scene of the crime so to speak – he’s forced to confront his past. Olivia is, of course, responsible for this. She pushes Josef to reveal his secrets, and remarkably it heals him, sort of. He can finally visit the dead safely and remember what he loved about the people who’ve left him. That’s Olivia’s gift to Josef, one of many intimacies they share in Dark Horse.

Josef is also a release for me. One of the truths about the Holocaust that I hate knowing is how many Jews failed to grasp the danger that was coming. Josef represents a desire in me to create a character committed to self-defense and protection. It may also be why Quentin Tarantino’s Inglorious Bastards appeals to me, however over the top. It’s a lovely fantasy to see the Nazi’s on the run, afraid for their safety. It’s a good piece of fiction, not unlike Josef, the Jewish vampire who teaches self-defense out of a fencing studio in the Mission District of San Francisco.